Over 140 entrants make the return of the Celtic Cup biggest yet.

When people tell you that this is their most favourite event of the year and that it is also one in which they feel safe at taking on challenging seas around the island you know that you’re doing something right. With variety, inclusion and safety at the heart of the event we hope that it continues to develop as a most do event for all ocean paddle sports.

The course was marginally shorter this year due to the building wind, something the ocean skis capitalised on charing around the course in under an hour! Saturday saw nine of the six man outrigger crews racing in the only ocean event of the year, drawing teams from London, Milton Keynes, Hertfordshire and of course from our own Ocean Sports club – racing was tight across both men’s and women’s crews with Paddlesports taking top honours across the two divisions. Mixed crews proved to be the most competitive of all of the divisions with great battles for first and second between paddle sports and Royal canoe as well as for third and fourth spots (results) below.

Sunday saw the small craft following essentially the same course, by splitting the field it allowed competitors to race across both days and, if they wanted, race distance and tech on different craft. Great for competitors, challenging for timing! Both Blu Ewer and Sam Norton dominated the field in the board categories (SUP and prone), same for the ocean in the women’s with Emily Corin charging around the course largely unopposed – men’s ocean ski was most definitely tighter with a pack of around nine keeping the work rate honest, Scoob Lark ultimately showing a huge turn around and leaving the main pack comfortably behind.

Following from the distance race earlier in the day, outrigger crews on Saturday along with small craft on Sunday competed in the ‘Diamond Pursuit’ – a first, as far as we are aware, in paddle sports. Drawing from the track cycling discipline of pursuit racing, the field was split on the start line, half running to their craft on one side and half running to their craft on the other – after completing their half of the course racers crossed over to complete the opposite side of the course, something which became a real crowed pleasure with plenty of spills and thrills on the inside turn, the beauty of the course is that you don’t actually know if you are ahead until both fields come back together again for the final approach to the beach, keeping work rate honest until the end and the crowed on their toes through out. This was a real spectacle and proved to be a favourite amongst paddlers and spectators on the day who gained full view of the action on the high tide – the race will be a firm addition for 2022, albeit with a little fine tuning.

A big thank you must go out to all of the competitors who continue to support the event – quite often with a long trip down the road. But, most of all a huge thank you to our safety crews out on the water, from Hayle Surf Life Saving Club, our event sponsors, Academy of Surfing Instructors (ASI) who gave £50 prize money to all SUP first place finishers across all divisions, SIC, who also donated fantastic prizes, St’Ives Brewery with some well earned bear, Fire House Gin Bar and Grill who donated some amazing chilly Gin and Sea Buck tonic water and the original changing robe, Robie Robes. And, by no means least the Ocean Sports team, in particular chief timer, Jill.

Pictures and event footage will continue to be added as we receive them both here and on our Facebook Page, Ocean Sports Centre – click here to be taken directly to them. Please keep on tagging and sharing away and we will see you in 2022.

A big BIG thank you to our event supporters: 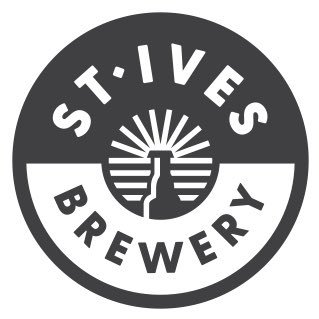 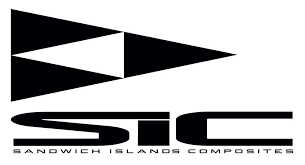 We were lucky enough to have the fantastic photographer Jade Rodgers who has kindly posted all of her action shots from the weekend on her site.