This paddle board is a new found love in every quiver, it offers excitement to the most mediocre conditions. The short outline, thin rail and tail shape transform the performance.

The Hyper Nut offers the stability from a larger board and performance of a smaller board. 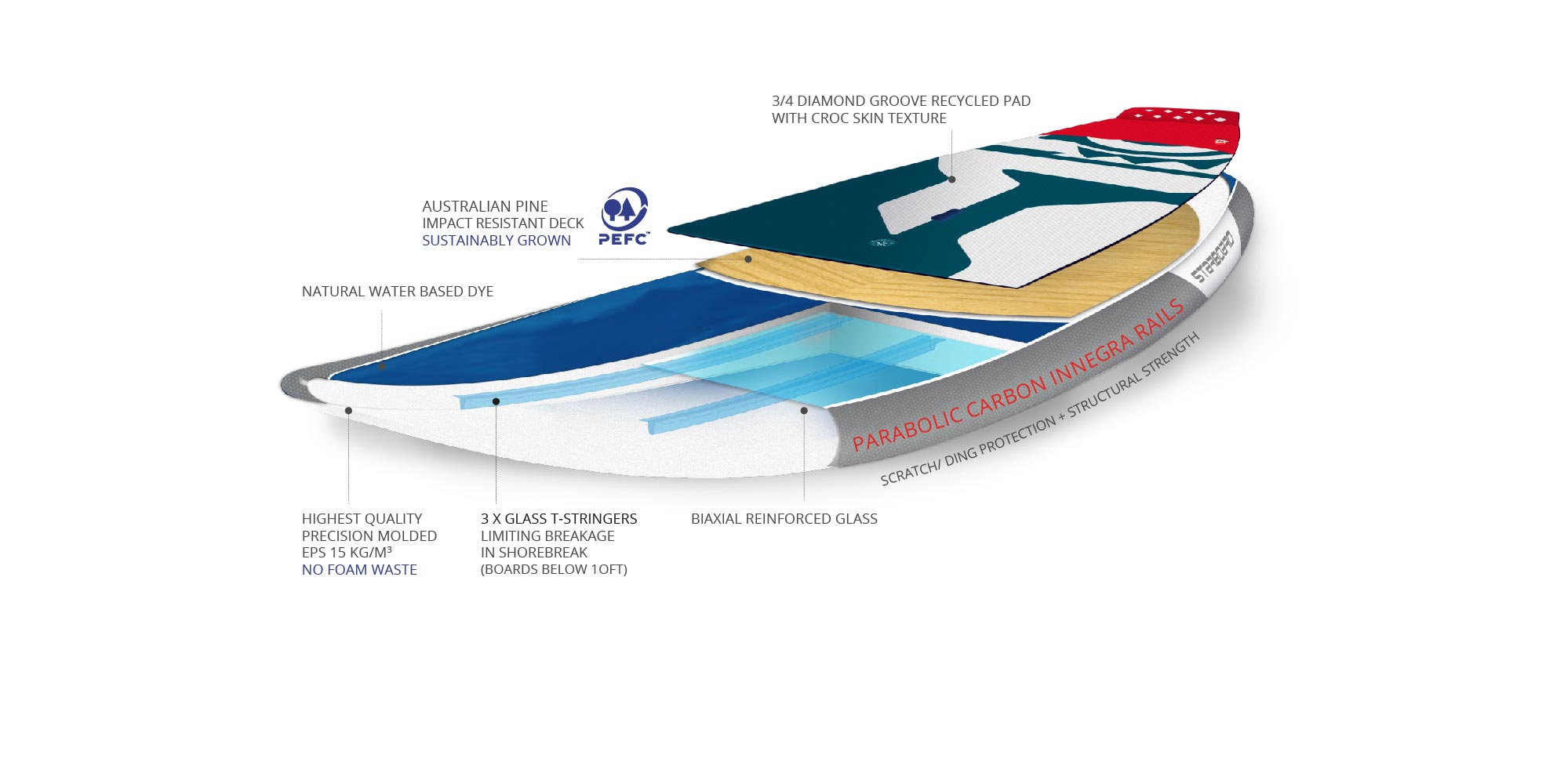 • A combination of different fiberglass densities wrap the entire hull for strength and durability.